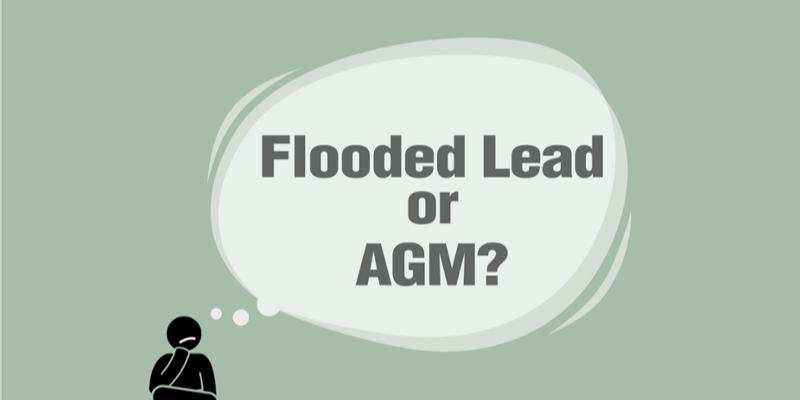 Flooded lead (FLA) and absorbed glass mat (AGM) batteries are the most popular storage batteries and best fit for hundreds of popular battery applications. But what are FLA and AGM batteries? And what are the differences between them? Let's take a closer look and find out.

Let's start with some basic facts about lead batteries, which will help us see why they are the some of the most common options for battery types for everything from vehicles to machinery to military use.

Here’s how FLA and AGM technologies differ—and how to choose the right battery type for your specific application:

FLA batteries are most common because of their longevity, affordability, reliability, and how easy they are to maintain. Best known for their role as the starter battery in most of the cars on the planet, flooded lead batteries also power everything from off-grid homes and remote hospitals to forklifts, mining equipment, and even more. This battery type only requires ventilation and simple routine maintenance.

AGM batteries were developed by researchers in the 1970s and soon adapted by the military because of their reliability and other beneficial characteristics. A critical feature of AGM’s sealed design is that they’re recombinant—that is, oxygen and hydrogen combine during regular cycling, which prevents plates from drying out. This eliminates the need for periodic watering—a boon in remote locations or where there isn’t time for routine maintenance.

Want to compare FLA and AGM batteries side-by-side? Take a look at our comparison chart below to see the differences for yourself.