Get answers to your biggest questions at our Power Meetings

When experts have battery questions, this is what they do...

They visit Crown Battery (Booth #3204) at Solar Power International 2018 to get objective, hype-free answers from the source.

This year, we’re flying in experts from across the country to answer your biggest questions about energy storage and system setup.

They’ll be presenting during our free Power Meetings, a series of in-booth educational presentations that arm you with the latest insights on the battery market and best practices.

Meet the experts you’ll get answers from: 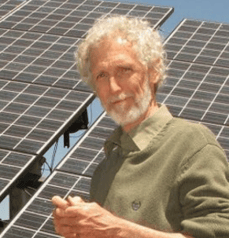 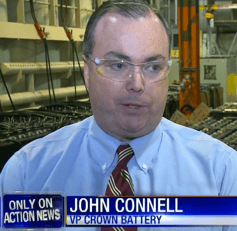 One battery is 99% recyclable. The other is 0%-60% downcycled. Find out which is which -- and get the facts on battery sustainability -- with Chip Johnson.

Independent system designer and installer Mark Snyder lays out all the pros and cons of both battery technologies -- all the facts, none of the marketing hype.

Join us as system installer Mark Snyder celebrates his battery bank’s 23rd birthday. Come for the beer, stay to find out how he did it!

The best warranty is one you never need to use. During this Power Meeting, Crown’s John Connell lays out exactly what you need to look for in your next batteries -- including red flags and five question you must ask about your next battery warranty.

After designing and installing thousands of systems -- and repairing other installers’ mistakes -- Mark Snyder’s created a series of steps to make sure your battery bank stays healthy and lasts longer.